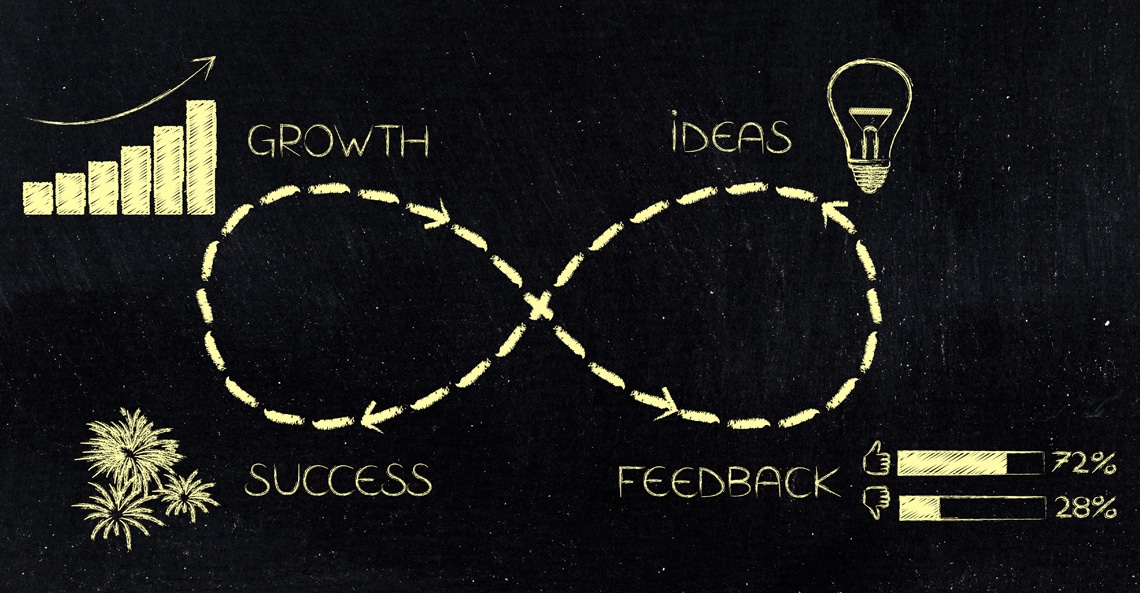 You might have the perfect app that you’ve just launched or you might have an established application whose growth has plateaued and now you’re looking for some growth. In fact, you’re looking for some exponential growth to start giving you some return on your investment. How do you do that? How do you know what the users actually need (note: not what they want)? This is where you use the feedback loop to build features that add value to your users and ultimately grow your business.

The 3 fundamental elements of the feedback loop

The objective here is to build something (ideally as soon as possible) so that you can get feedback from real-world users. The emphasis here is that we want to get a feature in front of users as quickly as we can. Take a single requirement from your idea and build it. Don’t try to build every feature and definitely don’t delay deploying it because it isn’t perfect yet. This is where a minimum viable product (MVP) comes into play and it can exist at every stage of your product’s life. Whether this is your first feature or another in a product with hundreds of features, it’s still a good idea to ship that feature when it’s good enough.

Now that your feature is released to the world, and you have real-world users trying it out, you need to decide on an actionable metric, which you will use to see if that feature made a difference. We’re not talking about vanity metrics here, such as overall page views or overall revenue. We want data that is actionable in the next iteration of the feedback loop. Examples are split testing a new feature against the old one to see how much the new feature improves (or doesn’t) conversions of new customers or seeing if the new feature improves the retention of existing visitors on the website.

Once you have received the valuable data, you can use it to inform your decision for the next features. This is especially valuable if you’re releasing a new feature and you want to see how people react to it. If the feature isn’t well accepted, either the feature isn’t right or people actually like your existing features and just want them improved.

If you’re just enhancing current features and none of the data is showing you the results you want or need then maybe it’s time to pivot (add a new feature or change the product completely).

As you can see, this allows for the perfect loop with each iteration passing invaluable information to the next element of the loop. Learning gives you ideas to build. Building creates the code that you measure. Measuring give you the data to learn from. This feedback loop allows you to you make informed decisions about what matters to your customers which, no matter what business you’re in, is a fundamental part of your business growing.